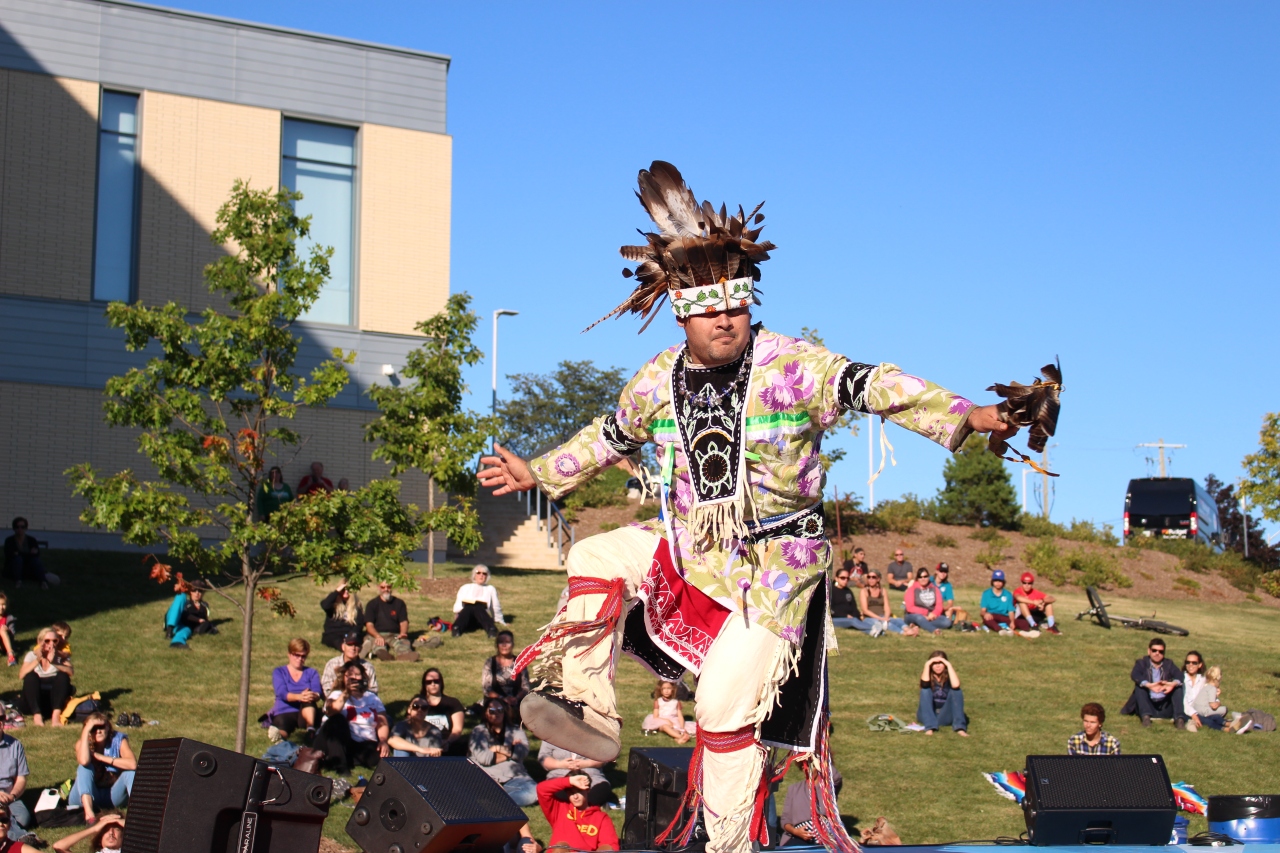 You ever listen to a politician speak and wonder if they are actually, truly, from around here?

And by around “here” I don’t mean the town you live in, or the province or even the nation. I am talking the planet.

There are moments when someone who is purported to represent the interests of the nation and its people says something so disconnected from reality that you aren’t sure they are of this Earth.

By way of a for instance, take recent comments by the Conservative Senator from Dryden, Ont, Lynn Beyak on Canada’s First Nations.

This month she floated an idea to resolve the unresolved issue of Canadian history – the nation’s relationship with its indigenous peoples. Keep in mind, this is a historic problem of epic proportions that beguiles any simple solution. There are more than 600 recognized First Nations groups in Canada, representing more than 1.4 million people, with treaty rights that extend back beyond Confederation itself. There have been residential schools, attempted cultural genocide, systemic racism, cultural and political exclusion and the ignoring of treaty rights, to say nothing of internal problems within First Nations communities ranging from the same political problems found everywhere else to communities in crisis where life has become so hopeless that suicide pacts are regarded as a reasonable solution by youth.

And, just for kicks, all of that has to be sorted out in the context of modern Canada, a fully fledged liberal democracy guided by the rule of law that isn’t going anywhere.

Well, unless you are Lynn Beyak. Then you would offer a solution so assinine, so disconnected from reality, that you’d be forgiven for thinking she is an alien from another world and her human disguise just happens to be that of a Canadian senator.

On her website, Beyak offered this helpful suggestion to resolve the nation’s most enduring and difficult political issue:

“Trade your status card for a Canadian citizenship, with a fair and negotiated payout to each Indigenous man, woman and child in Canada, to settle all the outstanding land claims and treaties, and move forward together just like the leaders already do in Ottawa.”

I actually had to read that twice because the first time I thought the only way I could have read what I read was if I had taken a very heavy blow to the skull, and I was seriously concussed and delusional.

But no, it’s not an illusion. An actual senator wrote that.

The open letter on her website is a train wreck of ignorance, but even in that one paragraph, there is a lot to unpack. After all, it does seem that the good Canadian senator doesn’t know very much about Canada.

But maybe I am just being picky.

The senator apparently needs to be reminded that indigenous people in Canada with status cards are already Canadian citizens. Even if we put aside the fact that the families of these Canadians were living on this land long before it was called “Canada” – we’re talking on the order of thousands of years here – anyone born in this country is a citizen by definition.

True, in the case of our First Nations, its took a while for our morals and ethics to catch up to our ideals (First Nations Canadians, specifically “status Indians”, weren’t given full voting rights until 1960), but status cards do not make their holders less Canadian or non-Canadians living in Canada. It just gives the holders – as defined by federal statute – access to certain programs and services which are limited and specifically defined.

(Oh and if you try to claim this gives First Nations Canadians some sort of unfair advantage over the rest of the country, you should be forced to live in a place like Attawapiskat for a week and ask the residents there how much of an advantage they think they have because of their status. Or, you know, read a history book.) 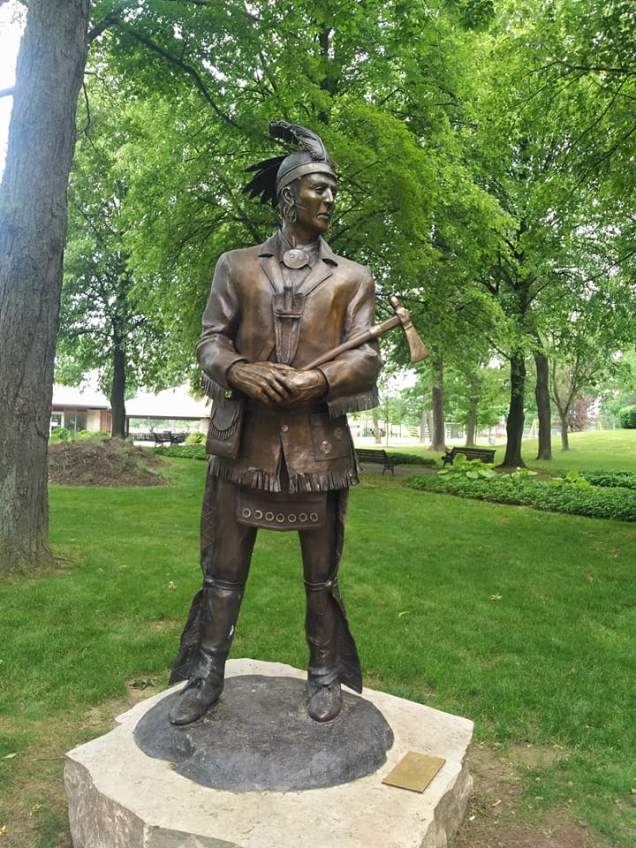 If that last paragraph makes you just slightly uncomfortable, it is probably because of that something-for-nothing, snake-oil salesman schtick is the kind of attitude that created some of the problems we face today. It sounds a little too close for comfort to the stereotype that Indigenous people could be tricked out of their lands and rights for a handful of beads or other trinkets.

Historically, treaties between First Nations and the crown were signed in good faith. And historically, one side of that unbalanced equation – the side with the guns and money – only honoured those treaties when it suited them. When they didn’t, well, that brings you back to the “we have all the guns and money” thing.

So not only is Beyak’s idea tone deaf and ignorant, it also solves nothing. Does she actually believe telling millions of Canadians they are not actually Canadians achieve anything other than more resentment? Does she really think abandoning status will repair the historical damage done to First Nations communities? How does selling status resolve outstanding treaty issues? Or poverty and justice issues? Or true institutional reform?

Then again, maybe her idea that some Canadians aren’t Canadians shouldn’t be such a shock given her other views on the subject. Beyak’s also thinks t one of the worst crimes committed against Canada’s First Nations – the horror factories known as residential schools – really not that bad:

“A small number of aboriginals found the schools bad and a slightly smaller number found them good. Only 1 in 3 Indigenous children ever attended them. Very few were torn from their parents arms, but rather were enrolled by loving parents who were away trapping and trading for months on end, and who wanted to prepare their children for the future.”

On her website, Beyak tries to say her position is supported by the Truth and Reconciliation Commission of Canada, which looked closely at the residential school system and came to this conclusion:

During this era, more than 150,000 First Nations, Métis, and Inuit children were placed in these schools often against their parents’ wishes. Many were forbidden to speak their language and practice their own culture. While there is an estimated 80,000 former students living today, the ongoing impact of residential schools has been felt throughout generations and has contributed to social problems that continue to exist.”

For those who don’t know, part of the mission of residential schools was to strip indigenous people of their identities. The prevailing and fairly gruesome paternalistic political attitude of the era was that First Nations people were like children who needed a firm hand to be re-educated. Their languages, religions, customs and traditions were to be literally put to the flames. Consider the story of this man’s grandmother that I wrote about in 2016, and the long term impacts on his family and community because of residential schools:

In many ways, Karl Dockstader’s family history was reduced to ash when a doll was thrown into a bon fire.

In the 1930s, Dockstader’s grandmother was taken from her home and placed in a residential school. Aside from her language, the only thing the eight-year-old Oneida Nation girl had from her home was a traditional corn husk doll.

Other children at the school also had traditional items from home. Rattles. Jewelry. Clothes.

When they arrived at the residential school, the children were brought to a courtyard. Their family keepsakes — their only tangible links to their cultural identities — were set on fire as they stood by helplessly.

“As the doll was engulfed in flames, so too was her connection to our traditional ways,” Dockstader said.

Later, she would be physically abused for speaking her own language.

She learned her lessons well. Although Dockstader can speak some Oneida, he isn’t fluent. He wanted to learn from the best source he knew, but she would not share a language that so often brought her pain.

“She would only speak Onedia to her brothers and sisters. But when we asked her to teach us, she had a look of fear in her eyes,” he said. “She wouldn’t teach us.”

Perhaps the question Senator Beyak should ask herself is how many abused children is too many? Five? Ten? A hundred? If 30 children attend a school, and 10 of them are abused (to grant, for the sake of argument, Beyak’s claim that one in three indigenous children when to residential schools and only a small number thought they were bad) do those 10 children not count? Do the future consequences of that abuse not count?

How many communities had to have their hearts ripped out before one can admit the residential schools were a historical disaster, a stain on the nation, and a tragedy that has very real consequences for Canadians today?

At this point, the Senator from Dryden only stands in the way of forging a better path forward for Canada that is fairer, more just and more ethical. These problems will never be resolved if our politicians cannot even recognize their fellow citizens are citizens.

The best thing Beyak can do for her country now is resign.

NOTE: A thanks to Sean Vander Klis for providing some guidance in the framing of this column.

3 thoughts on “Yes, Senator, First Nations people are citizens too.”