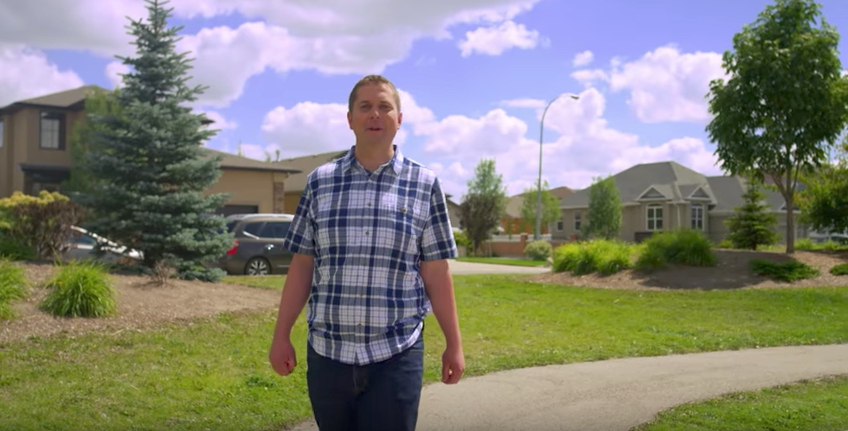 In the annals of political advertising, the recent attempt to by the Conservative Party of Canada to brand its new, plucky leader Andrew Scheer won’t be remembered as a high water mark.

You can sympathize with the party’s plight. After nearly a decade in government with a leader in Stephen Harper who, while not exactly popular was trusted by a lot of Canadians to keep the country on track, the Tories lost to a very popular, very photogenetic Justin Trudeau of the Liberals.

Fact is, the Tories can’t win the next election on policy arguments alone, not unless the Liberals implode in a fashion similar to the old sponsorship scandal that sunk Paul Martin’s fledgeling government. He will never be as charming as Trudeau, but he needs to close the gap. On some level, the Tories need Canadians to like Scheer. Or, you know, at least not look at him and go “Who is that guy again and why is he wandering around the park all the time?”

In a way, the Tories are where the Liberals were under Stephane Dion and Michael Ignatieff. Those were leaders with all the charisma of a sleepy possum (in the case of Ignatieff, a somewhat arrogant and angry sleepy possum) who just could not connect with Canadians.

Well, this newly released ad is probably not going to help the Tory cause.

It features the Conservative Party leader lumbering around a park in an ill-fitting t-shirt, looking about as comfortable as a seal at a shark party. He looks vaguely panicked, like he really, really doesn’t want you to go look at what might be in the trunk of his car. And what in the name of Odin’s unseeing eye is with the “random” people saying hello? We know they are actors, and they aren’t doing a great job. Right on cue they say:

(If they are not actors, then they are people being held hostage and someone needs to help them.)

Then there the populist message. Scheer, in his rumbled shirt wandering aimlessly among strangers in an upper-middle-class suburb, is a “man of the people,” where the Liberals are part of the “cocktail crowd” – as if the Tories, with their extensive war chest, are impoverished monks.

But maybe Scheer has a similar problem as former Ontario Party PC Leader Tim Hudak. Like Hudak, Scheer has been a politician most of his life, with little experience in the outside world. And that often fosters an odd, slightly awkward public presence that is less everyman and more pretending to be an everyman.

Or maybe I am wrong. Maybe Scheer really does wander around playgrounds by himself. Maybe that is his thing. And maybe Canadians respond to that. Maybe.

Look, most politicians tend to produce slightly awkward political advertizing. And, to be fair,  Scheer’s ad is nowhere as horrifying as the weird monstrosity produced by Niagara Falls Liberal candidate Ron Planche during the last federal election.

They are politicians, not actors, after all. But in terms of political messaging, what Scheer is trying to say gets lost in the weird, uncanny valley vibe going on. It doesn’t so much sell a political message as it does appear to be inspired by the faux everyman groove found in that episode of the Simpsons when Homer meets President Ford.